"KOTSCH, written by Gregor Stadlober, directed by Helmut Köpping, accompanies four anti-heroes as they stumble brilliantly through everyday life and small escapes into dream worlds, fairy included. The time: 1999 - Austria in pre-election fever. The setting: Fohnsdorf in Styria, Austria's largest village, a somewhat gloomy environment for undauntedly optimistic advertising posters for the then SP chancellor Viktor Klima. The protagonists: a group of young men and women, more or less lost in this village from which many have emigrated. The general condition: stumbling along in jobs that are not necessarily meaningful, as singles or in rather less fulfilling relationships. As a tragicomedy, KOTSCH develops considerable distance from domestic cabaret patterns." CLAUS PHILIPP 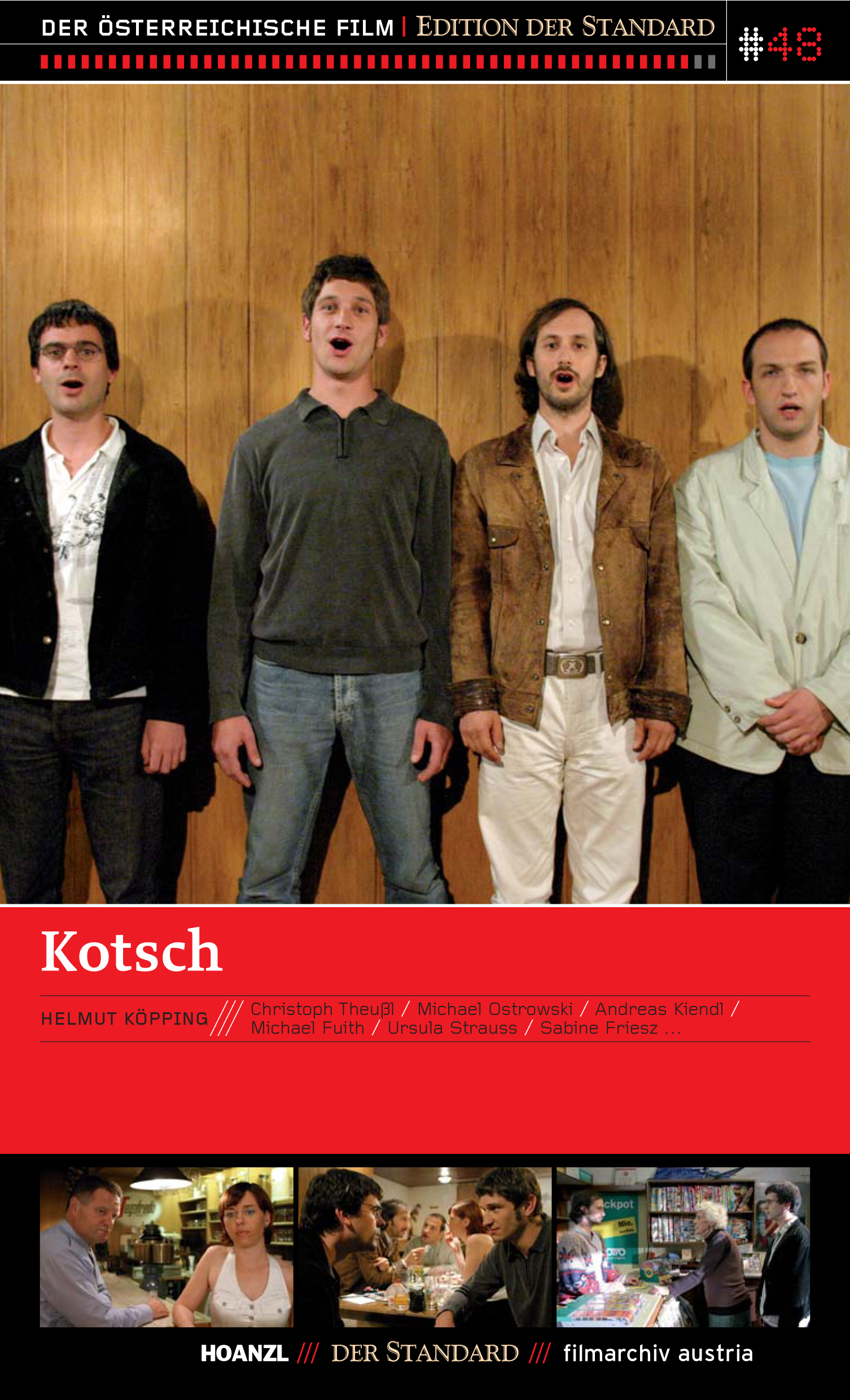