"Where's the best place to start? North edge (NORDRAND). Schoolgirls flying kites in front of an apartment complex. Two young women, Jasmin (Nina Proll) and Tamara (Edita Malovcic), who have known each other for a long time, lost track of each other, and then meet again one day when the first snow falls at an abortion clinic. Become friends, maybe. A soldier who secures the Austrian eastern border. A refugee from Bosnia who nevertheless makes it to Vienna. A Romanian fan of America, Viennese strizzis. A heterogeneous picture of the capital. NORDRAND - the first feature film by Barbara Albert. She was the first Austrian director to be invited to the competition at the Venice Film Festival in 1999, and Nina Proll was awarded the Acting Young Talent Prize."

"I wanted to do something about closeness and distance, and about being loved. About goodbyes, too." BARBARA ALBERT 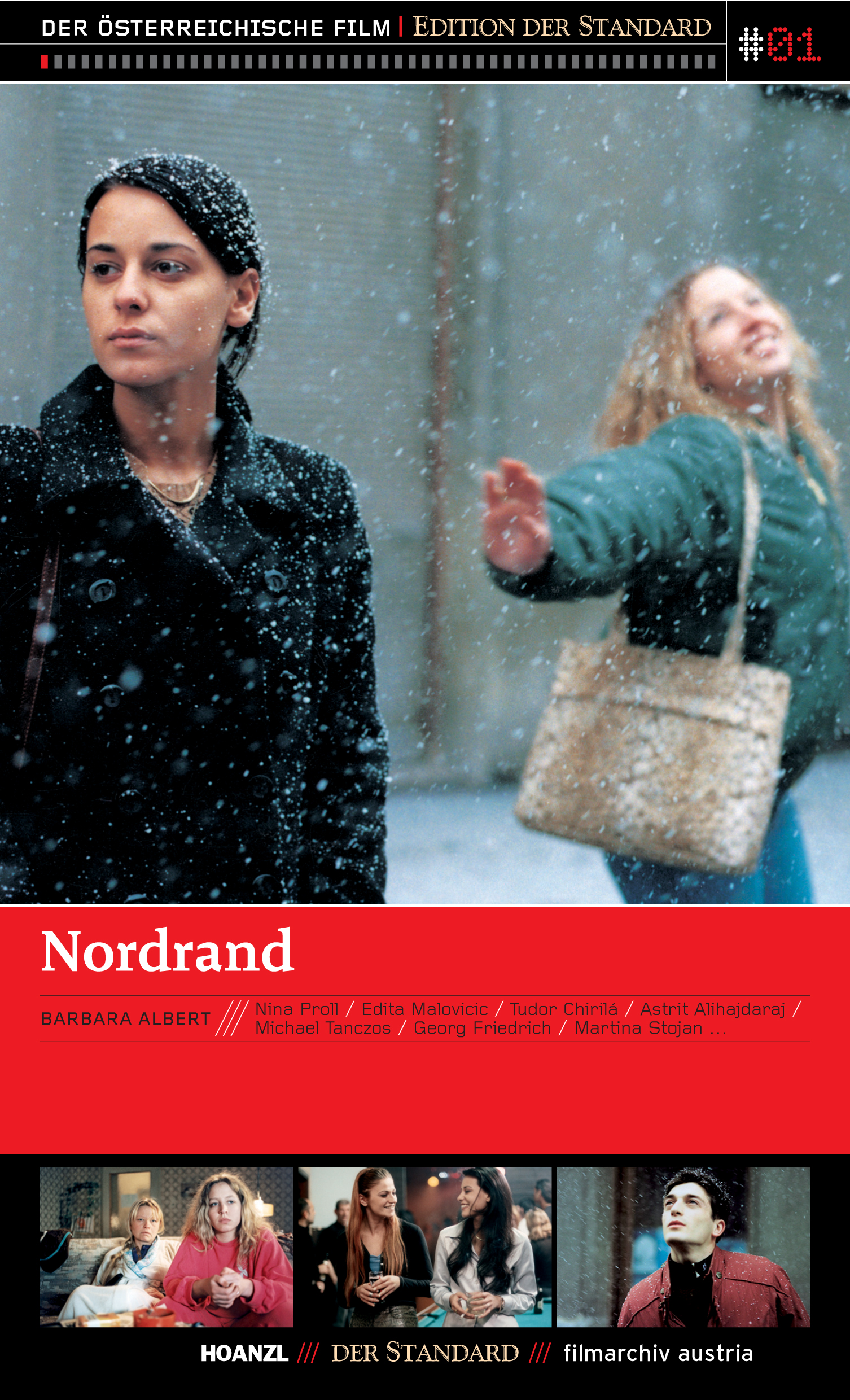